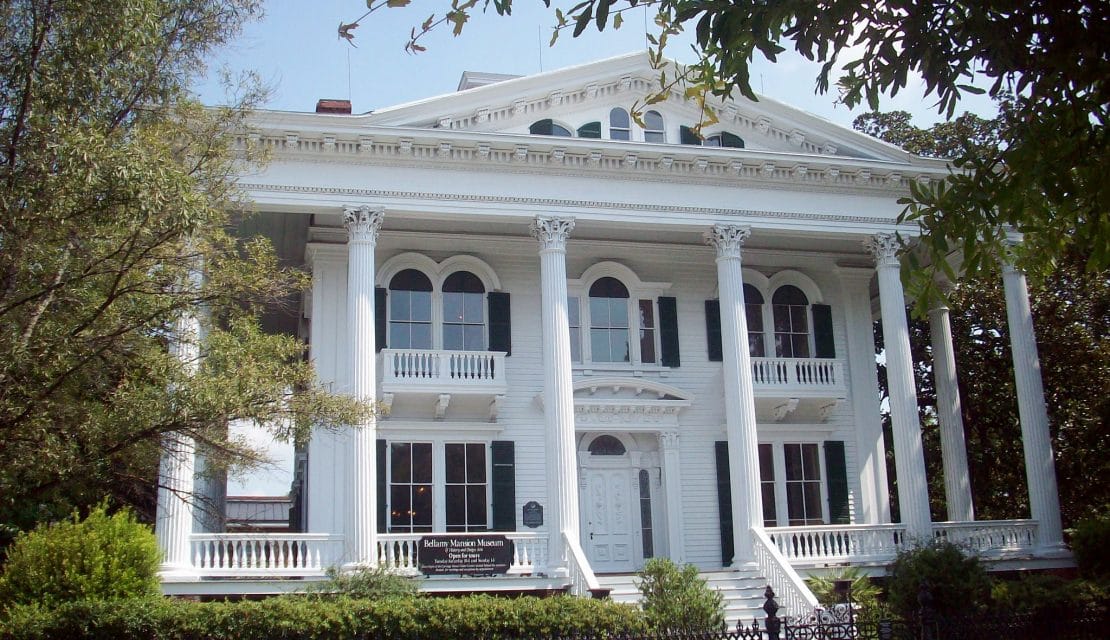 The establishment of Wilmington dates back to the mid-17th century when settlers migrating south into the Cape Fear River basin from Virginia and Pennsylvania needed a port, as waterways were primary routes of shipping and transportation. It’s location on the river made it an ideal choice.

When railways overtook waterways as the primary mode of long-distance transportation in the early 19th century, Wilmington grew to the challenge and became an established railroad center.

Due to its early prominence, Wilmington was the biggest city in the state until surpassed by Charlotte in 1910.

The first European to view the Cape Fear region was the Italian explorer Giovanni da Verrazano in 1524, who noted it’s beautiful features in a letter to King Francis I of France.

A 1585 expedition to the Roanoke Island settlement by English sailor Sir Richard Grenville was swept near the cape, causing much fear and panic that the vessel would smash-up, hence the name of the cape and the river.

In 1662, the region was further documented by English explorer William Hilton Jr.

The river became a perfect hiding spot for privateers, also known as pirates, but by the early 18th century the river had become a vital shipping route to supply the colonial region.

When the area was colonized in the 1720s, the settlement of New Carthage was established as a port, later to become New Liverpool, then Newton, before being named Wilmington, after Spencer Compton, Earl of Wilmington.

The Port of Wilmington

Due to Port of Wilmington’s commercial importance as a major port, it had a critical role in opposition to the British in the years leading up to and during the Revolution.

The Port’s commercial value increased when the slave trade became firmly established there, which was directly related to the production of cotton, tobacco, lumber, pine-tar, and other products exported from the region.

By the time of the Civil War, the import of supplies by blockade runners to sustain the Confederate war effort added strategic value to the port.

The Downtown Historic District is comprised of many districts of interest, such as Riverwalk Park, the Boardwalk, Chandler’s Wharf, the Railroad Museum, the Cotton Exchange, as well as the Battleship USS North Carolina. The neighborhoods, nightlife, and other attractions add to the experiences that historic Wilmington has to offer.

Commissioned on April 9, 1941, the USS North Carolina was the first of the “Carolina” class battleships. She saw action in most of the major island-hopping campaigns of the Pacific Theater of the Second World War. At the end of the war, the battleship was decommissioned but saved from the scrap-yard by being preserved as a floating museum in the state she was named for. She has been in port on the Cape Fear River in Wilmington since 1962.

Chandler’s Wharf was constructed in 1884 and used as a storage facility for naval and other goods until 1943. Later, it was used as a plumbing and heating supply house.

A popular spot in the historic district connecting South Front Street and Water Street is a remnant of the shipping past of the port of Wilmington. Through the centuries, the historic structure has most likely witnessed everything from the disembarkation of slaves, to the exports of cotton and lumber, and surely a great many other activities as well, but today is filled with fine shops, bars, art galleries, restaurants, and other modern attractions.

The Cotton Exchange in the historic district is another favorite of visitors. Its history goes back to the days even before “King Cotton” was the major export. The building has served many purposes from being a flour mill to housing everything from barbershops to printing companies, and even Sears & Roebuck. Today, the building consists of an assortment of shops and restaurants.

The lodge became the St. John’s Museum of Art in 1804, where it remained until relocating in 2001 and renamed Cameron Art Museum, one of the city’s biggest attractions.

The Wilmington Street Railway began in 1888 as a local transit system. It was originally a five-mile-long horsecar service with an additional steam-driven service to Wrightsville Beach. As was the trend in 1892, the system switched to electric power. The Wrightsville Beach service ceased operation in 1940.

The historic Audubon Trolley Station, built in 1911, still exists as a memento to the old transit system. Artifacts of the beach car system live on in local museums and memories of the stations remain with names such as Station One, MacCumber Station, and The Trolley Stop.

The railroad was Wilmington’s primary industry for over 125 years, and by 1840 the completion of the 161 mile long Wilmington & Weldon Railroad, made it the longest continuous rail line in the world. As the 20th century approached, many important railroads merged with Wilmington & Weldon to become the Atlantic Coast Line Railroad, with its headquarters in Wilmington.

In 1979, the Wilmington Railroad Museum was started, initially using artifacts of the ACL Railroad, in order to preserve the history of railroading in the region.

The Bellamy Mansion is one of Wilmington’s most well-known examples of antebellum architecture. Completed in 1861, the first year of the Civil War, the mansion, carriage house, slave quarters, allows for visitors to experience the full sense of the environment of a typical working Southern estate in the era.

Poplar Grove Plantation, originally a peanut and sweet potato plantation near the New Bern Road, is another excellent example of the antebellum style. The plantation has many events throughout the year and is a popular venue for weddings and other special events.

The Governor Dudley Mansion overlooking the Cape Fear River takes up an entire city block in the downtown historic district.  Built in 1825 for Edward Bishop Dudley, the first popularly elected governor, it was later owned by railroad financier Pembroke Jones and his wife, whose extravagant lifestyles cause many to believe it coined the phrase “Keeping Up with the Joneses.”

There are so many reasons that make the city of Wilmington, North Carolina, such an exciting place to visit and such a wonderful place to live. One of those reasons is the rich heritage of the city, especially for those with a knack for history! 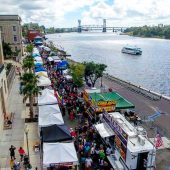 Things To Do in Wilmington NC